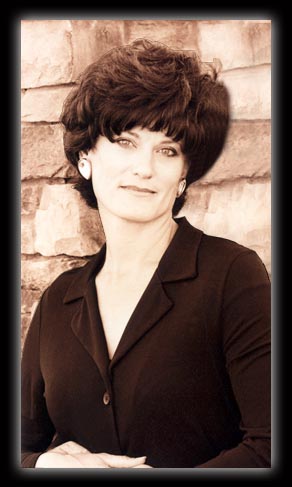 Sherrie Hunter Thomas was born in Las Vegas, Nevada in 1950 and spent her first 16 years going to school there before moving to Southern Utah where she finished high school. She also attended UNLV where she studied Art.

Even though she has lived in cities from San Francisco to Seattle, the Southwest has left an indelible impression on her art work. Many of her works of art reflect the memories of life in what was the simpler, yet golden age of the South West.

Family and religion have also greatly influenced the life and art work of Sherrie. These sacred themes can often be seen blending in with the beautiful array of pastels and charcoals that Sherrie so loves to work with.

Sherrie is a deep believer that women can be deeply spiritual and raise successful families, while at the same time achieving their own personal goals and dreams. Much of her art work endeavors to portray the positive attributes and characteristics, as well as the challenges a woman receives in her journey to balance these lofty, yet deeply rewarding goals.

One of Sherrie's role models is her mother who among other things was one of the pioneer business women in Las Vegas during the 1940's, successfully raised five children, has remained actively dedicated to her religion, and has out lived two husbands and three children!

Sherries aunt also managed to raise a family, remained actively involved in her religious activities, returned to college to get her degree in Paleontology, and was actually the one who made the ground breaking discovery of the largest and only known ground sloth found in Nevada.

In the true sense of the word "accomplished artist," Sherrie's art work has not only been displayed in the Church Museum of Art in Salt Lake City, but also at UNLV and other museums. She has also performed on stage in drama's and musicals and has also produced and directed many plays. She also sculpts, welds, and works in all kind of artistic mediums.